The Department has witnessed excellent and lucrative placement record, Students got placed in number  of national and multinational corporate across the world, including

Many students from this department pursue their post-graduate studies and research work in the best institutes of  India such as IIT’s, NIT’s. A number of students have been selected by Foreign Universities for M.S. and Doctorate degree such as

Some of our students have also cracked the civil services entrance (IES, PCS) 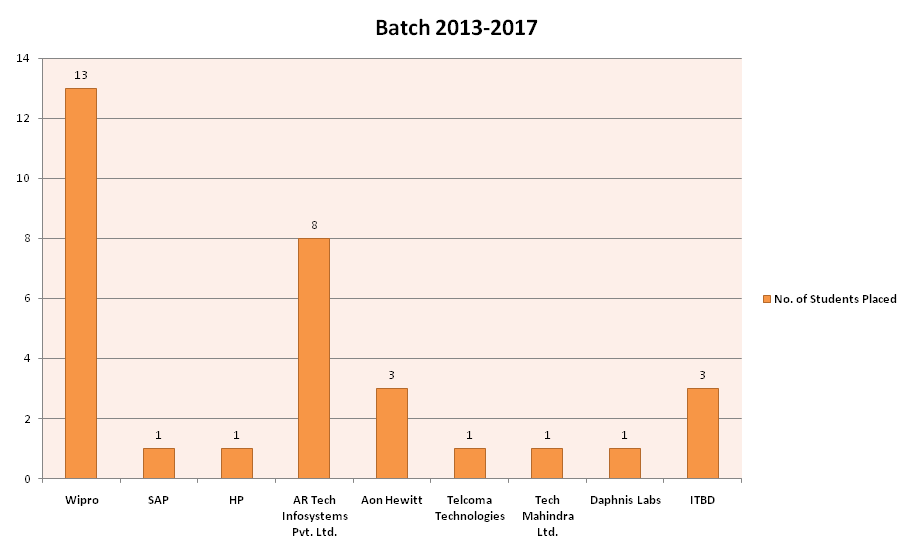 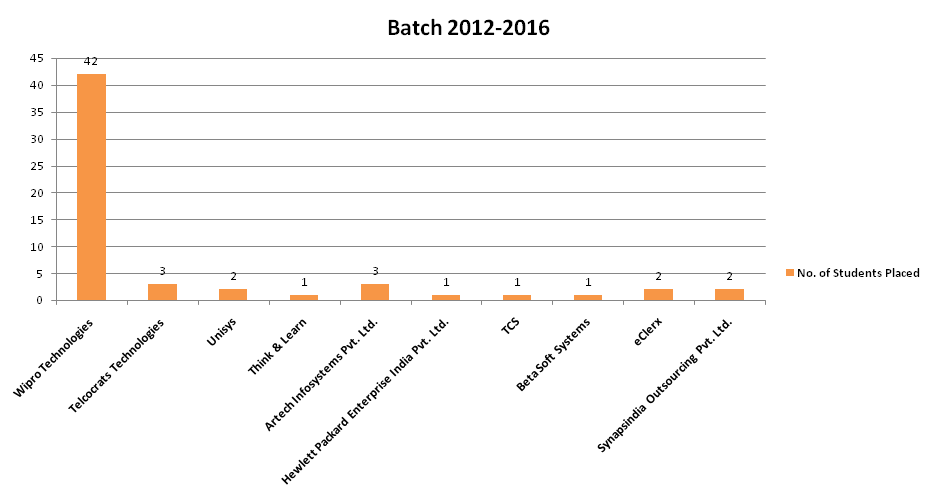 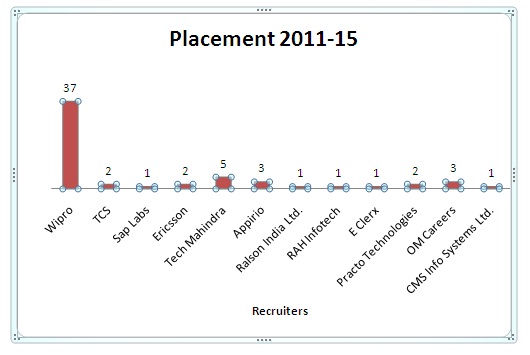 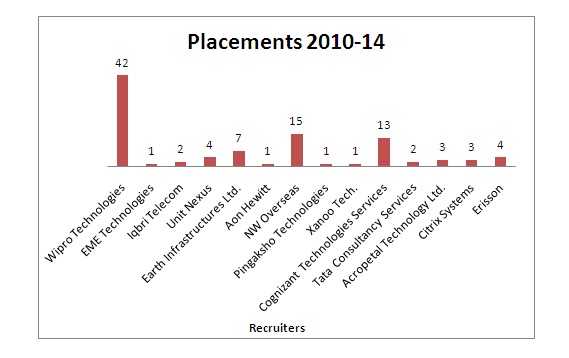 42 students of Batch 2010-2014 of the department of electronics and communication engineering have been placed in Wipro Technologies.

The department has witnessed excellent placements, with over 90% of its students placed in public and private sector corporations, including

The department is foreseeing even healthier and lucrative round of placements for its Batch of 2003. The prominent firms have offered very handsome pay packages.

Many students from the ECE branch often decide to pursue post-graduate studies, showing their ability to continue research in diverse areas. This illustrates the success of Department in providing a solid base for serious research and development work. Our students are often accepted into the best institutes in India such as IIT’s. A number of students of 2001& 2002 Batch have been selected by Foreign Universities of repute for Higher Studies. 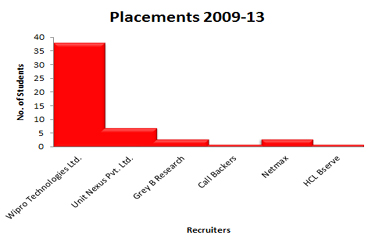 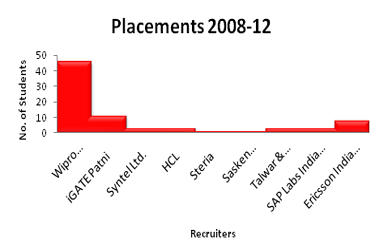