Technical festival ADAVITYA is organised in the institute every year to provide platform to students to fine tune their technically trained mind. It provides a learning experience along with setting up a platform for the exhibition of talent of young minds of India.
It is a glorious phenomenon which promises high level of competitive events, latest showcase and implementation of technology and exciting achievements. Student’s undying efforts and skills will ensure that they will not only take present day technology to a new level but also extend the grasp of their contribution in the global arena.Here  are a few glimpses of adavitya 2016: 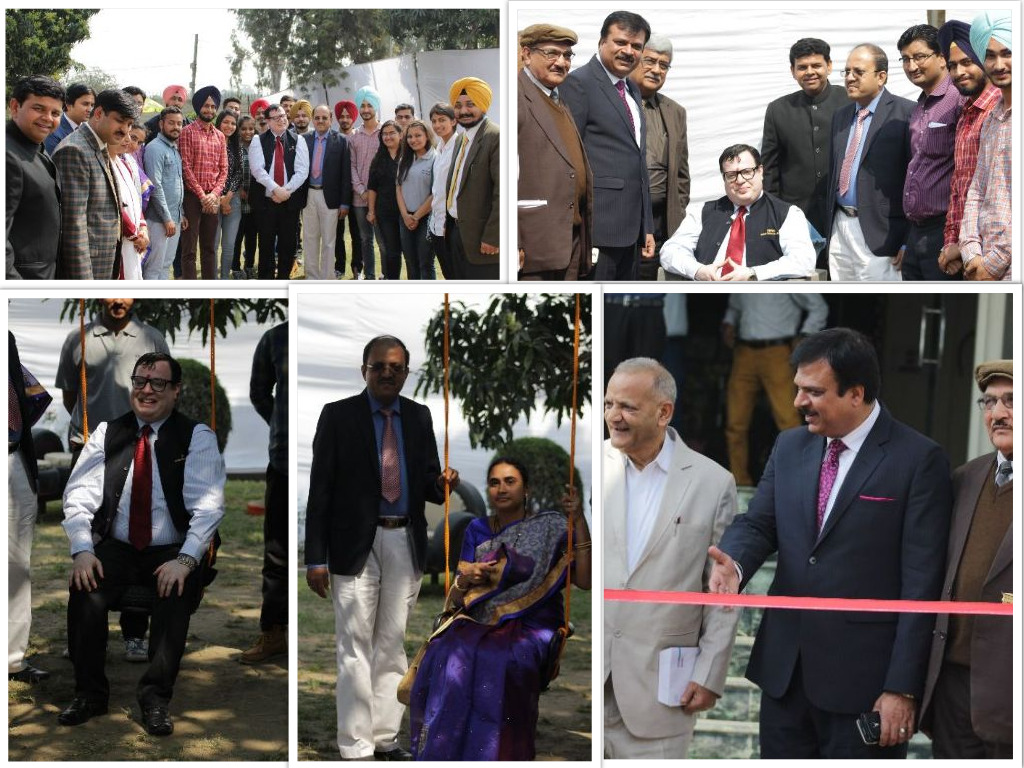 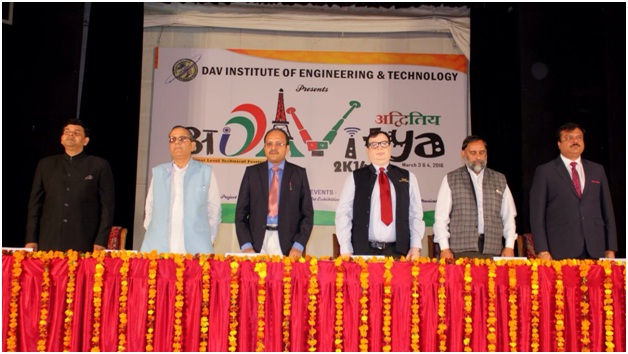 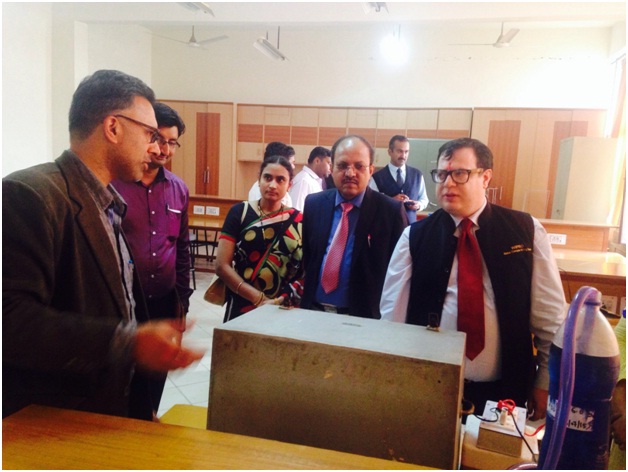 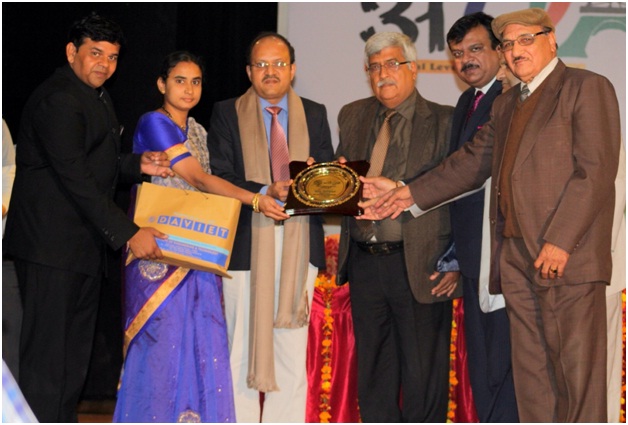 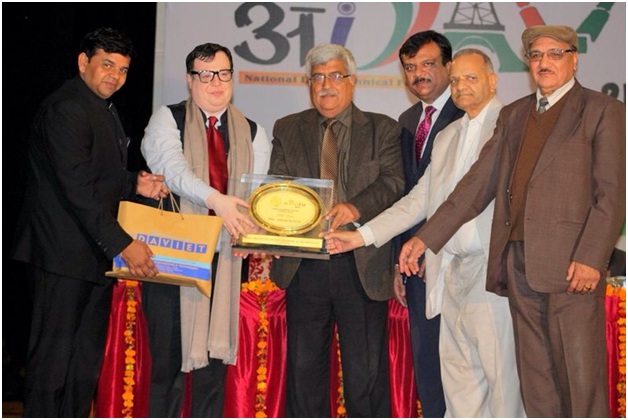 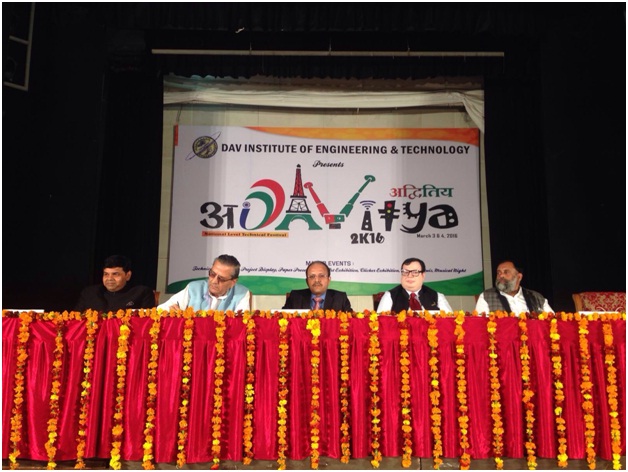 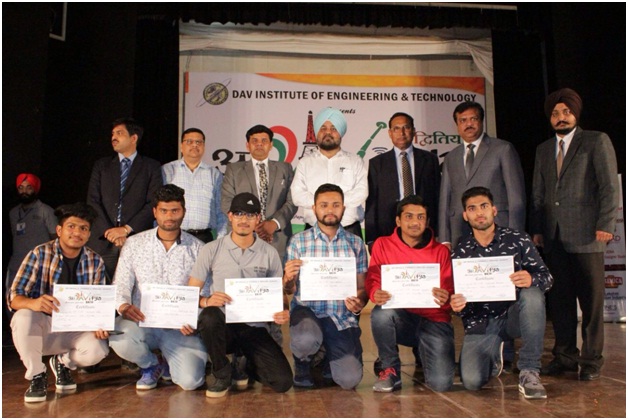 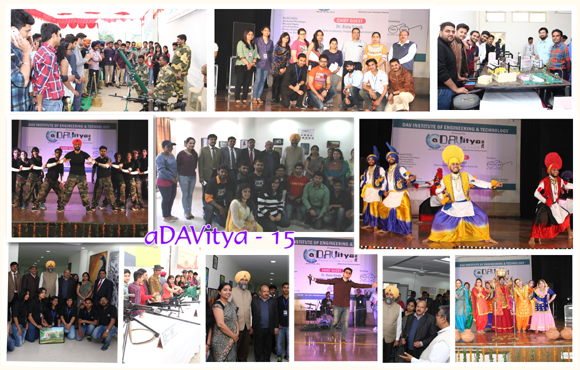 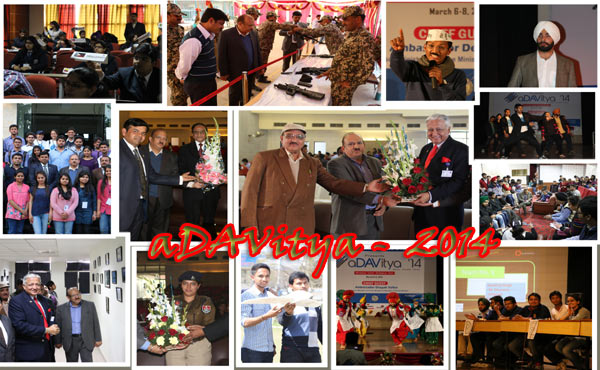 The institute has organized a Three Day National Technical Festival “aDAVitya-2014” on 6th, 7th & 8th March, 2014 in the institute. The festival was inaugurated by the Hon’ble Sh. Deepak Vohra, Special Advisor (Minister) to Prime Minister of Republic of Guinea-Bissau. Hon’ble Sh. Rajinder Nath, Vice President, DAVCMC was the Chief Guest at the valedictory ceremony of the function. The festival comprised of a total of 241 events spread across various disciplines prominent among them being Mock United Nations, Quiz Competition, Walk of Thinkers, Paper Presentation and Project Display. The event had participants from reputed colleges like NIT Jalandhar, GNDU, Amritsar and ACET, Amritsar apart from DAVIET.

Stduents of the Institute participated in the technical festival TECHFEST – 09 organized by IIT, Bombayand stood amongst the top three hardware projects under the category of OPEN HARDWARE Projects. The following students have made the institute proud:

B.Tech ME 4th Year of the institute begged 1st Position in NEXUS- 2008, Techfest organised by IIT Bombay on 18th October 2008 at Thapar University Patiala. The following students have made the institute proud: 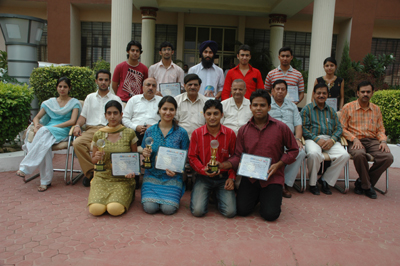 DAV Center for creative Education conducted the 9th International Science Festival – KHOJ on 1st and 2nd October at D.A.V. Public School Gurgaon. The event was organized to provide an opportunity to the students and teachers to interact with men of eminence in the fields of science and technology so as to widen their mental horizons.

Various events were organized in the festival but the major among them were Project Display, Essay Writing and Elocution. Team DAVIET was accompanied by

Many colleges took active part in the competition, but team DAVIET outshined all its competitors with spirited performances in all the three main events.

The team won a cash prize of Rs 3500/- along with merit certificates.

Mr. Manpreet Singh of B.Tech ECE 3rd Year (B), Roll No. 264/06 presented a paper titled “Novel Algorithm to track the copyright violation in peer to peer sharing” in a National Conference on Engineering Trends in Information Technology (NCEIT – 2008) organized by Institute of Engineering & Emerging Technologies, Baddi (H.P.) from 5th to 6th September, 2008 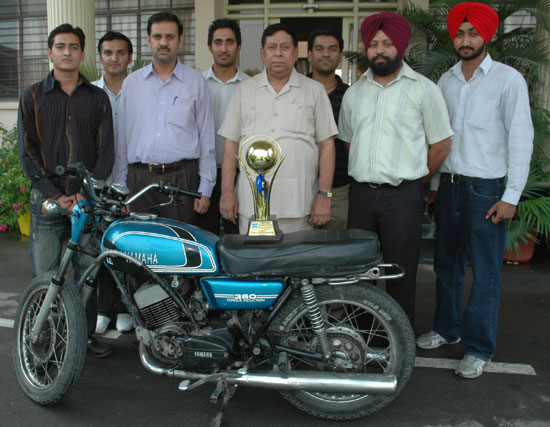 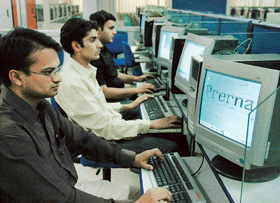 The proud membrs of Team Prerna- A Linux based supercomputer that was developed by the geniss of Mr. Abhinav Dhall & Mr. Vibhore Jain under the supervision of Prof. Sandeep Kath

B.Tech – CSE (3rd year) students who showed their potential at various technical extravaganza organized by topmost Institutes of the Country.

B.Tech – CE (3rd year) showed their potential at a technical extravaganza held at TIET Patiala during “SATURNALIA MMVI” in March 2006.